Brief History Of The Escort MK 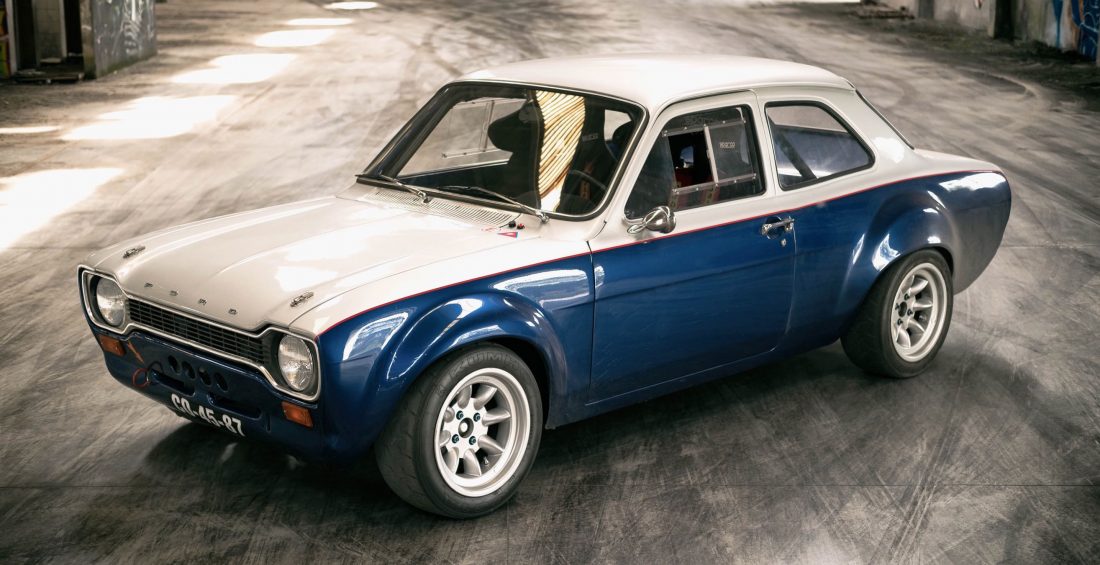 The MK Predecessor – The Ford Angelina

Anyone familiar with the Harry Potter series should recognize the car on the right.  The iconic Ford Angila, known to save Harry and his friends during the darkest of times, was not a fancy car when it was introduced in 1938.   In fact it was down-right spartan.  Which proved to be a benefit during wartime.  Yet, even though it was basic, it had a certain mystique and subdued sensibility about it that intrigued the British public enough to stay around for 30 years.

Ford, knowing they had a good thing going, needed for a more powerful compact car for mass consumption. Thus, the Escort MK1 was unveiled in the United Kingdom in the same year the Angila was discontinued.  With many of the same understating design element as the Angila, there were some differences between MK1s across continental, United Kingdom, and German productions of the engine and body, but generally unified concepts later on in the line’s production. The Escort MK1 proved to be an immediate success, and Ford sold more than two million cars in the United Kingdom by 1974.

The Escort MK1 included a three-speed automatic transmission and a convention rear-wheel drive. The model was remarkable for its then-novel idea of utilizing rack-and-pinion steering to enhance maneuverability. Under the hood was an engine found in the North American Ford Pinto, however, there was a performance version put into production that contained a more powerful engine and enhanced suspension to outpace the commercial, suburban MK1. The 1300GT MK1 was popular in rallies and racing circuits, though it was possible to upgrade the engine and suspension further to suit race conditions. The upgraded Mark 1 is one of the most popular rally cars of all time.

The Offspring Of The MK1

In 1974, the second generation of the soaring car was produced. The Mark II was designed between the United Kingdom and Germany’s branches of Ford, and offered the same small engine preferred by the standard consumer. This version came with multiple modifications, including two- and four-door models. The model was a bit boxy, and is reminiscent of an early minivan. Paneled versions also came along, as was trendy for the period of production (1974-1981.)

The third generation of the Escort was launched in 1980, a year before the second generation was fully discontinued internationally. It only took two years for the car to yet again become the most popular car in the United Kingdom. It featured a new body design, more fitting for the early 1980’s. The Mark III was meant to compete with Volkswagen’s offerings at the time, and touted efficiency and simplicity in its tagline. The Mark III was only released in a two-door configuration at first, but later changed with later releases and the introduction of the MKIII van. The car also had a larger tank, and only utilized two-wheel drive in order to increase fuel efficiency.

The fourth generation brought little changes with it, and mostly introduced optional new features to entice new consumers. The production ended in 1992, two years following the introduction of the Escort Mark V. The Mark V was heavily criticized for its lack of aesthetic ingenuity, and the changes in the driving system proved to be something of a downgrade. In September of 1992, the Escort got a massive change in body and some changes in the engine to meet consumer demands.

The sixth generation is the generation prior to the present-day Escort. The car brought a sleeker design more in like with contemporary cars. The engines were revised to meet the top range of cars in its price bracket. The handling was praised by critics and the car proved to be a continuous success.

It looks like the Ford MK1 brought with it a lasting presence in the consumer car market, meeting the demand for a compact, efficient vehicle that withstood time. Its recognizable veneer makes it nearly a household name, yet many do not realize its long history. Regardless, the MK1 made for a lasting impression.